Dr. Eng. Mohammad Abu Omar received his PhD with distinction in Information Systems from the Limkokwing University of Creative Technology, Malaysia.Dr. Abu Omar received the title “Scientist” from the Oxford Academic Union in the UK as an appreciation for his international research work and activities. He was also awarded the gold medal of Excellence in Social […] 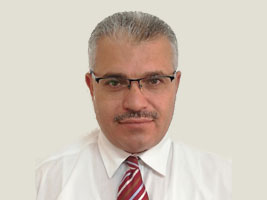 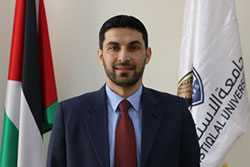 Dr. Mamoun Abu Helou, is President Assistant for Planning, Development and Quality at Al-Istiqlal University. His research interests are in the area of semantic Web technologies with special attention to data linking and data quality. He is author of 11+ papers including top-level journals and conferences such as JAIR, ICWE, NLDB, SEMANTiCS. He is also […]

Eng. Amjad Fares , started his work as a computer network engineer. Later he became a computer department manager at the PMO. Currently, he is working at the Advisory and Legislation Bureau as the Head of the Information Technology Unit.He holds a Master’s degree in Computer Engineering from Volgograd State Technical University (2003) and a B.Sc. […] 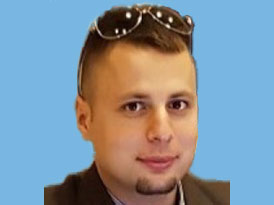 Mr. Eyad Refai , is a specialist in the field of cybercrime research, cybersecurity and electronic forensics. He serves as a technical specialist in cybercrime at the Cyber Crimes Unit, General Investigation Department, Palestinian Police.Mr. Refai participated in many international conferences on cybercrime and cyber forensics in China, Russia, Turkey, Cyprus and other countries. 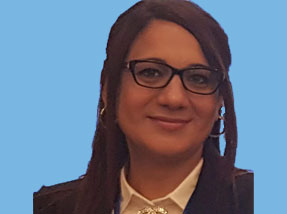 Ms. Hanan Yaghi , is the General Director of Computer and Information Department at the Ministry of Justice. She holds a BA degree in Computer Science from the University of Jordan 1993. Ms. Yaghi participated in the development and dissemination of the tracker system “The Judiciary and Legislation System in Palestine” at Birzeit University. She was […]

Mr. Ashraf Abu Hayyeh , holds a Bachelor of Laws from al-Quds University, and a High Diploma in Legal Skills from Birzeit University. He is a legal advisor at Al-Haq Organization. Mr. Abu Hayyeh participated in many international, regional and local conferences in the field of human rights and contributed to the capacity building of the […] 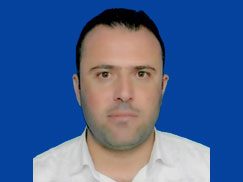 Eng. Ibrahim Abu Bakr , a holds a BA degree in Computer Engineering from al-Quds University, and holds several internationally recognized certificates in the field of ICT, cyber security, entrepreneurship, communication & media skills, in addition to project management.Eng. Atallah was assigned by the Palestinian Cabinet as the Head of the National PAL-CERT, and the manager […]

Judge Asad Shunnar , Assistant Secretary-General of the High Judicial Council, holds an MA in Private Law from Cairo University, Egypt. He served as the Head of Monitoring at the Department of National and International Observers at the Central Elections Commission in Palestine during the last presidential and legislative elections, and then worked as a lecturer. […] 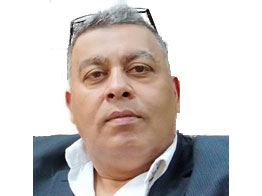 Mr. Jamil Itmazi , holds a PhD in Computer Sciences, specifically in the development of e-Learning software, from the Granada University, Spain (2005). He is a previous dean of scientific research; a director of e-Learning center, and an IT lecturer at Palestine Ahliya University in Bethlehem.Dr. Itmazi is an active researcher; he has published more than […]